Not posted for a while, but to make up for that here are a few photos sent to me of Simplexes around the world. Firstly, the Nykarleby Jernväg, who have a very original 20/28, No 9844 which was ex works 20/4/1953. It was originally supplied through Railway Mine and Plantation Equipment, for supply to Hans Palsbo for H.G.Paloheimo, Osakeyhito, Runimaki, Finland and despatched to Helsingfors (Helsinki, Finland). Many thanks to Keith Burgess in Helsinki for the photo. 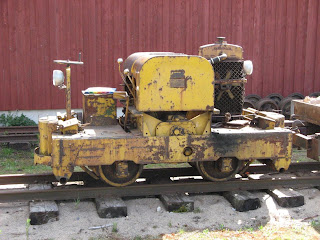 Next, we're off to Sabah for an early 3.5 ton Dorman-engined 40S, number 22068, supplied in 1960, again by Railway Mine and Plantation for use in the timber industry (Shing Kee Swan Timber) and was donated to the Sabah Museum in 1991. Many thanks to Ross Ibbotson at the Sabah Museum (via John Browning) 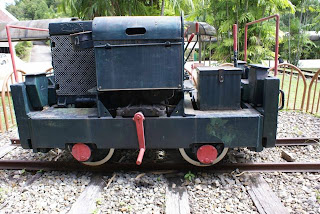 Finally, John Peterson sent these views from FIJI of 100HP Motor Rail 23014. He writes "I recently I visited Fiji and rode behind the above which is now in used on a tourist train. I believe it is 23014 of 1959. The engine has been completely rebuilt into a diesel hydrostatic. There are many U types in service here and I believe they were the inspiration for the conversion. It runs well and very easy to drive as I found as the driver let me take charge and turn it around on the Y for him. The 100hp with its wide bonnet had plenty of space underneath. In fact the driver got inside it to jump start the loco with a spare battery they carry. Disadvantage of the wide body as I found out when I was driving it is you can't judge how far you are from wagons when coupling at the front. The driver had 3 items of essential equipment: spare battery as mentioned, shovel for digging out between flanges on level crossings, and machette for cutting overgrowth on the run, ie. while driving." 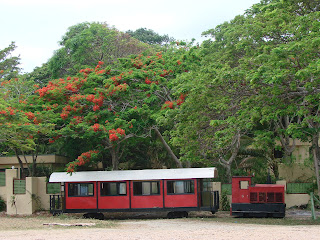 John also sent a picture of a second similar loco, the "Puffing Boto", which has had a steam outline bodywork applied. 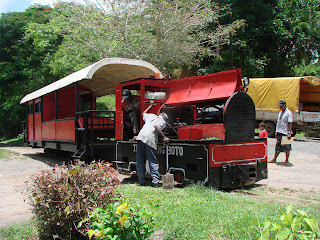 ...and also the following industrial views taken at Penang in the 1980s. They show unidentified 100HP and 32/42HP locos. 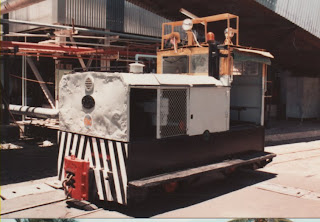 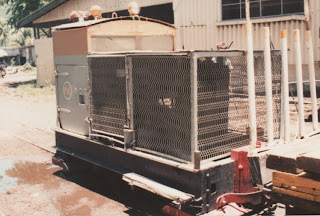